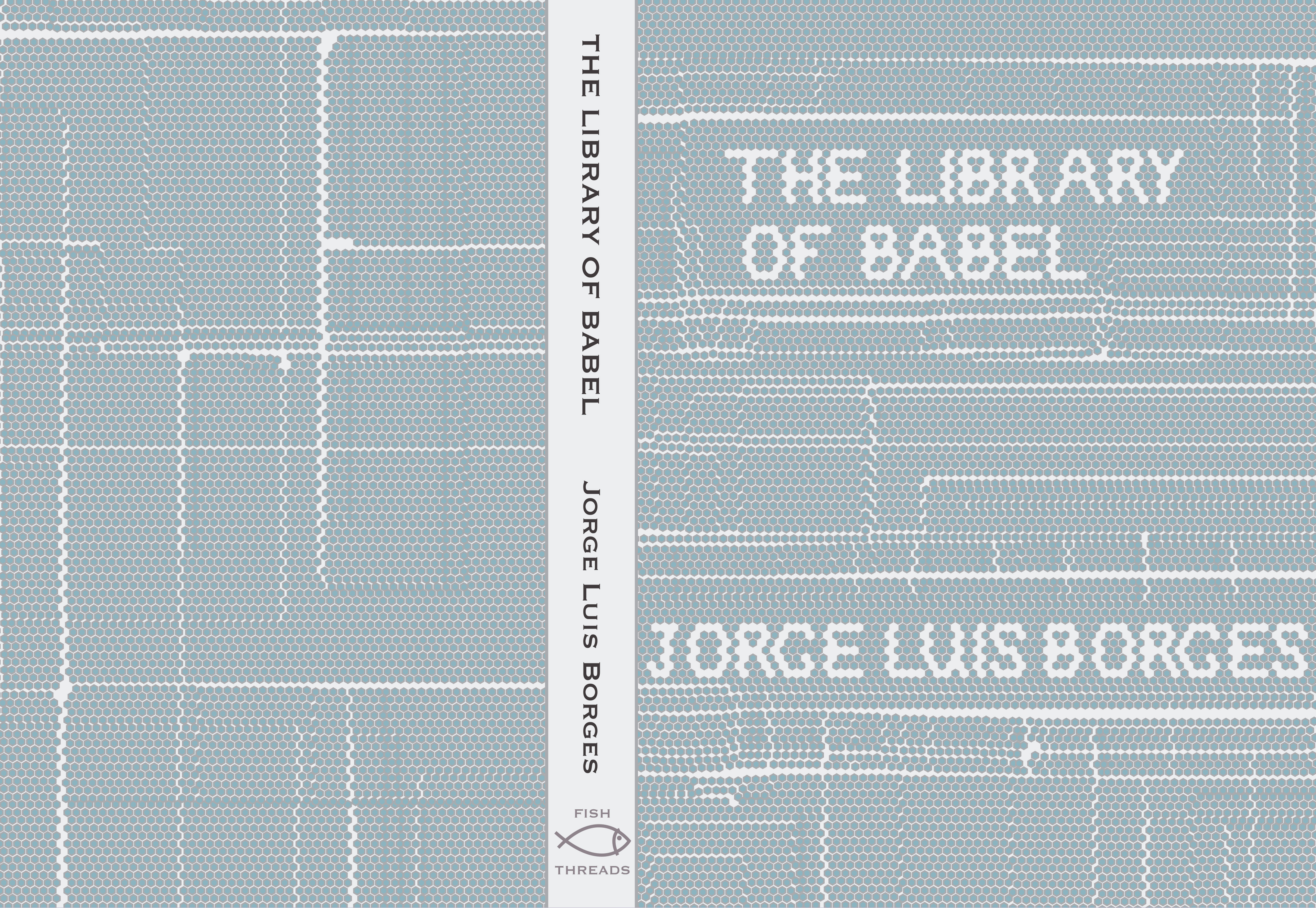 The Book Cover for "The Library of Babel"

The design for the cover is a visual response to the description of the universe that is given in the book. It says that it is composed of an indefinite number of hexagonal galleries. This shape is a very important part of the story and it became my main inspiration.

Book cover is a pattern that consists of many hexagons. I have started from a well-ordered, symmetrical system and brought chaos into it, which reflects my vision on what universe can seem like. Besides, the pattern allowed to make a unique title by removing some figures from the pattern.